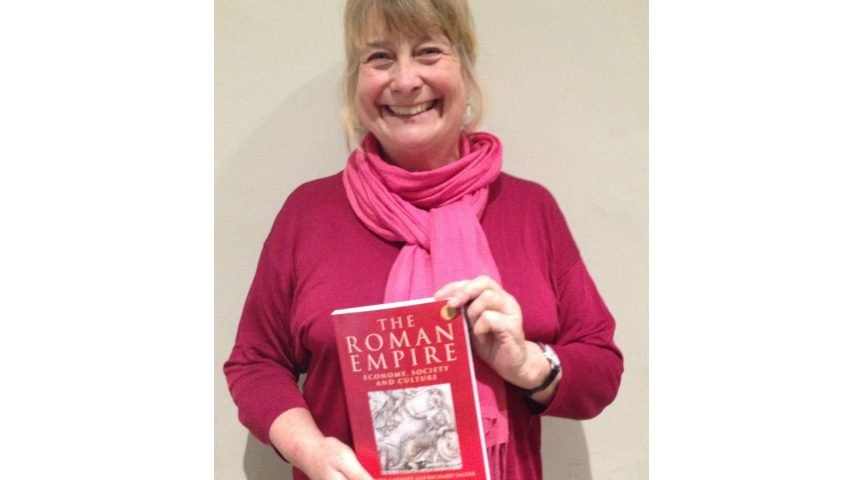 At the 2015 AGM, the award was given to Janet Pryke for the work she had done in 2014 on her own member’s project in the Royal Crescent/Victoria Park area. Janet has taken a professional approach to the geophysical surveys and has promptly produced high quality reports.Congratulations to Janet, who is pictured with her award, the book by Peter Garnsey and Richard Saller ‘The Roman Empire: Economy, Society and Culture’.