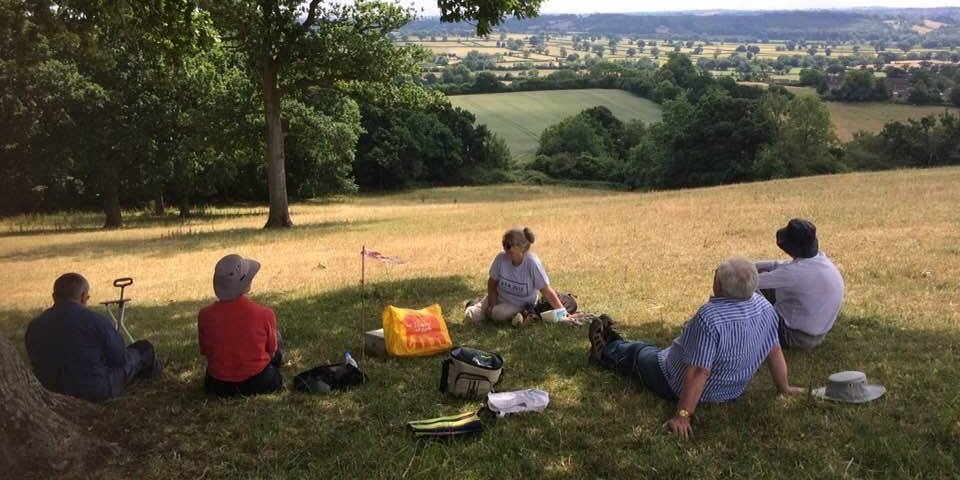 The BACAS geophysics team is investigating an odd parch mark on the top of a hill near Temple Cloud. Project leader, Fiona Medland, said she spotted the mark in a satellite image. “It is in a clearing at the highest point around here and the views are spectacular.” It looks like there may be two conjoined rectangles, up to 20 metres on a side. We are hoping the geophysics will give some clues as to what it is. Progress has been painfully slow so far because of the lack of rain. The ground is rock-hard, making it difficult to get resistance readings. A 20 metre grid is taking 1.5 to 2 hours, 3 or 4 times as long as normal. Fiona is praying for heavy rain this weekend to soften the ground up.