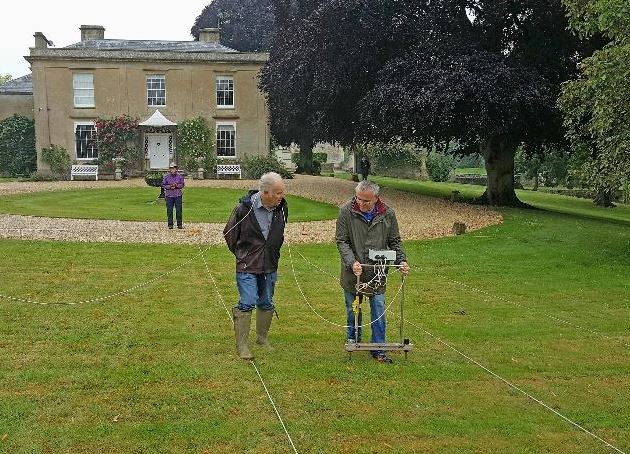 BACAS member Rob Arkell carried out resistance and magnetometry surveys in the grounds of Little Chalfield Manor to look for evidence of earlier medieval buildings. The magnetometry survey revealed a portion of a circular feature twenty metres in diameter. A trench through the feature discovered a ditch containing bronze age pottery in the ditch fill. This suggests the feature is the remains of a ploughed out round barrow similar to others in the vicinity. The resistivity survey did not show any linear high resistance features which could be interpreted as walls but one pattern of low resistance was investigated. A trench across the feature contained demolition rubble (mortar, plaster, window glass and building stone fragments) which indicated that a building, thought to be the medieval manor which was demolished in 1830, had stood nearby.