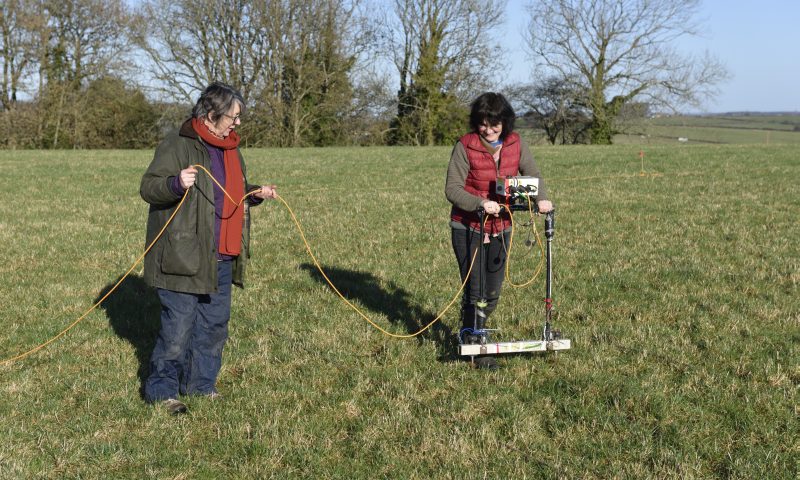 BACAS has returned to Lansdown to carry out an extensive geophysical survey of a field next to Sir Bevil Grenville’s Monument.

In March 2018, BACAS undertook a geophysical survey of extant earthworks known as the ‘Romano-British Settlement’ in a triangle shaped field to the east of Sir Bevil Grenville’s Monument. This site is a scheduled monument. Although officially called Little Down Field, it is also known as Pewter Field and thought to be a Romano-British metalworking site. We actually found quite a lot of evidence of Iron Age occupation as well. Several anomalies of an archaeological origin are clearly visible. Cut features such as banks, ditches, walls and structural features have been identified on the ground and in both the resistance and gradiometer data.

In the latest survey, carried out over three weeks in January 2019, we have been trying to establish the extent of the Roman and Iron Age occupation of the site, which turns out to be much larger than previously thought.