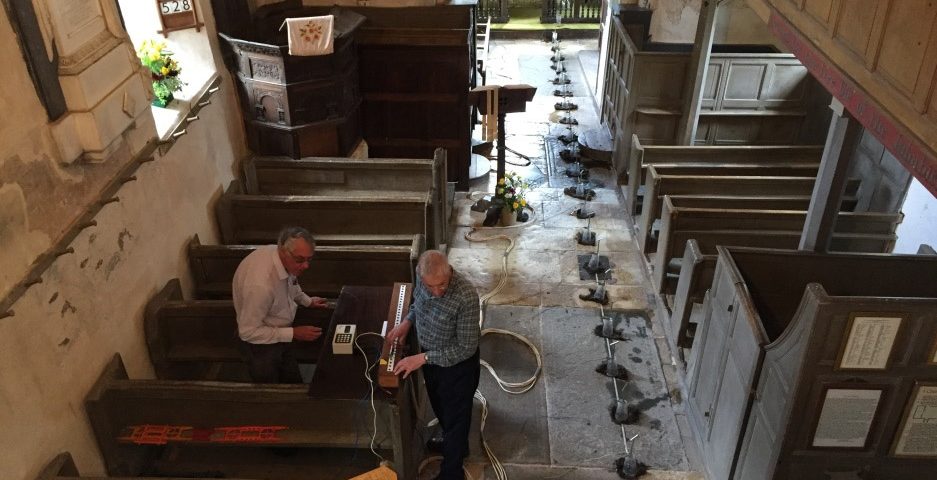 The first is “Geophysical Survey, Hollies Lane, Batheaston, July 2019” by Tom Jackson and John Oswin. On a spur half way up the hill leading to Charmy Down is an unusual mound which commands spectacular views across the St Catherine Valley. Geophysics on the mound in July 2019 suggested strongly that the mound was man-made, but was not able to provide a date for it. There is a possibility that it is a long barrow, but the feature could also be modern, and dating it would require excavation.

The second is “Under the floor of Cameley Church“, by Fiona Medland, John Samways and John Oswin. The 12th century church of St James Cameley is set in a fold of the Mendip hills, in the valley of the river Cam. Many of the Rees-Mogg family are buried in the churchyard, but it was believed that there was a family vault within the church. During recent geophysics at The Roman Baths, John Oswin had experimented with resistivity through stone floors and found it worked well. This could be the answer to discovering what lies beneath buildings without being intrusively dug.

The photo shows a resistance profile being carried out in Cameley Church.