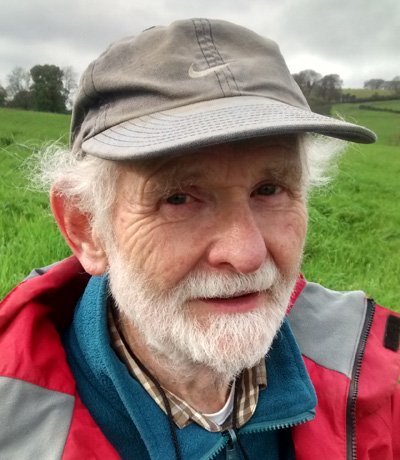 Lawrence James Scott, who died in August after a long illness at the age of 83, was a long-time member of BACAS, a trustee, and a past treasurer. He joined in the nineteen nineties when the society’s membership was considerably smaller and was soon involved in producing posters advertising lectures. His interests were wide-ranging and he once gave a talk on Egyptian antiquities.

Lawrie took on the role of treasurer in 2016. At the time, BACAS was showing a sizeable annual deficit and the gloomiest forecast was that we would run out of money in two years. Lawrie was a safe pair of hands and by the end of his tenure, in 2019, the position was much rosier, with an annual surplus and the reserves built back up. Lawrie was a trustee of BACAS, and one of the six inaugural trustees when we changed to a charitable incorporated organisation earlier this year.

Lawrie was a really experienced archaeologist, careful and sharp eyed, having dug on many of the Societies’ sites, right up until the end of last season. He also had great practical skills used to advantage in the barns at Upper Row Farm (Blacklands). Always good company he was committed and professional in all he did. In geophysics, despite layers of coats and gloves in the winter, he could still do a Cossack dance – yes, really – knees full bent and legs kicking out to the sides. He had an astonishing memory, used to the full in the game ‘Songs with body parts in the title’ known only to the exclusive few that did geophysics at that time.

He was a big Bath Rugby fan, a season ticket holder at the Rec, and always suffered this burden with good humour (apart from when Matt Banahan left for Gloucester when a scintilla of grumpiness was detected!)

Most important of course was his home country, especially Selkirk. No-one could say ‘the Borrrrrders’ the way that Lawrie did. He was a dear friend and we will miss him deeply.