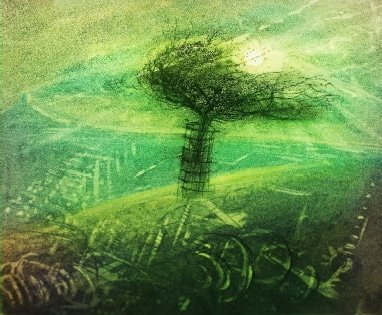 Glastonbury – where the B&Bs boast of good feng shui, and it is easier to buy a healing crystal than a light bulb. Often the myths and strange beliefs are so piled on each other that it is almost impossible to work out what is real. Adam Stout, though, has done a fantastic job of pulling an historical story out of the pile. He has carefully picked apart the various tales and inventions that the monks of the Abbey and others wove to construct the foundation myth of the Abbey and Joseph of Arimathea bringing the Holy Thorn to Avalon. Stout shows that it was in 1247 (a date that can be “ascribed with surprising certainty”) that the Abbey announced its founder was Joseph of A, as it sought to wriggle free of the Bishop of Bath and Wells by arguing it had greater ancestry. Later the Thorn became a symbol at different times for Catholics, Protestants and Pagans. It has been reinvented many times.

Stout says he has tried to steer a middle ground between being “theory-driven, sometimes resting on the flimsiest of actual evidence,” and being “overly scholastic”. He seems to have succeeded. This is an academic book, there are over 13 pages of references, but it is also a good yarn. Be assured, this is history, not archaeology, but it is history that is firmly part of Somerset and hence touches on a number of archaeological interests.