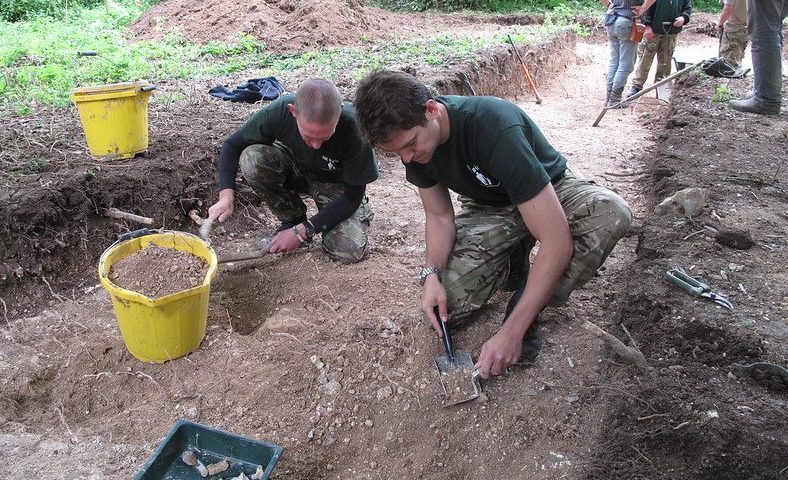 The novel “A Month in the Country” examined the cathartic nature of working with archaeology and heritage for First World War veterans, amongst other elements.

Since 2011 a programme within the Ministry of Defence has done just this. Operation Nightingale has now seen several hundred participants, some going to University or becoming professional archaeologists and most in a far better frame of mind than when they began.

Richard Osgood, Senior Archaeologist for the MOD Defence Infrastructure Organisation was awarded an MBE in this New Year’s Honours list for his role as co-founder of the award-winning Operation Nightingale programme for wounded, injured and sick service personnel and veterans to take part in archaeological digs on the Defence estate. This talk will look at the sites involved in the programme and discuss the achievements of some of the impressive veterans involved in the scheme.

The talk is taking place at the Bath Royal Literary and Scientific Institution, 16 Queen Square, Bath, BA1 2HN on Thursday 9 December, 7.30pm, with an admission charge of £4 for members (on display of a current BACAS membership card), and £5 for the general public. Pay on the door.