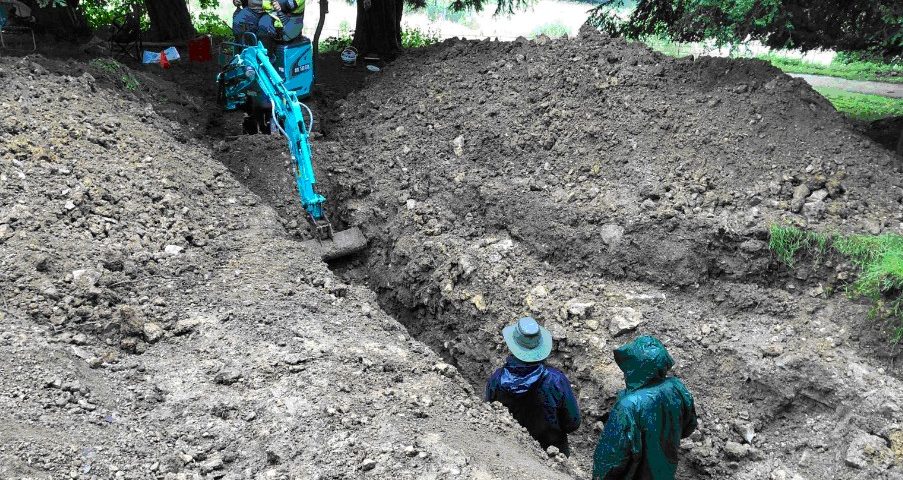 Previous work in 2019 and 2020 discovered the site of a building to the north of the east wing of Prior Park Mansion (St. Peter’s today) which was thought to have been first built as a Pineapple House before later conversion to a Bath House.

Further excavation aided by mechanical digger followed in 2021 to reveal much of the north side of the building together with the Bath cavity. Remains matched the Ralph Allen Estate Plan of the Cold Bath except for the central doorway. Finds were largely Victorian, probably from elsewhere and used to landscape the area after the Building demolition. Fragments of mid C18 Delft tiles found in situ showed evidence of bath and wall tiling. A culvert discovered under the bath floor acted as an overflow from the spring water source to the Bath and as a probable drain.

Examination of the Prior Park School Sports Pavilion confirmed the rearrangement of the two separate east and west end sections shown on the Plan by joining them, together with adjustments to the windows.