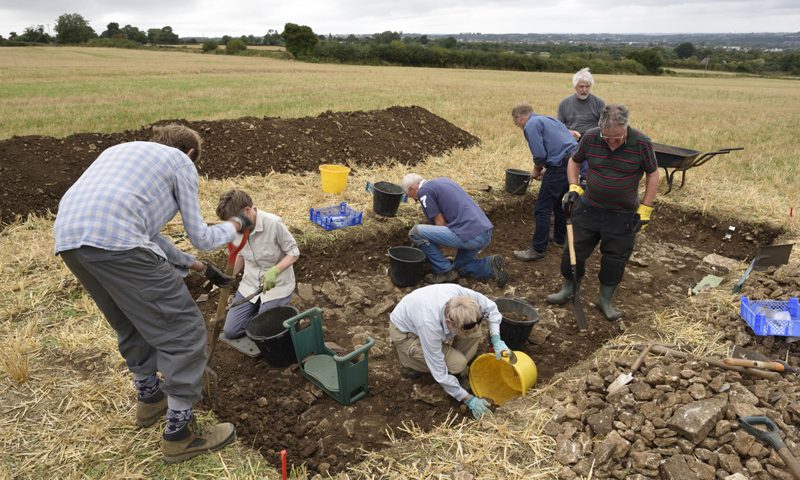 An excavation at the southern end of a field lying to the south of Keynsham Manor, Manor Road, Saltford was carried out jointly by BACAS and the Saltford Environment Group (SEG) in September 2019. 11 trenches were dug in an area near to where a Roman coffin was discovered in 1948.

A previous, more limited, excavation was carried out by BACAS and SEG in 2018 when a single trench was excavated. Geophysical surveys had identified anomalies which suggested that there might be a structure or structures in the vicinity, probably of Roman origin. Although numerous artefacts, including several coins, were recovered, the excavations failed to find any evidence of a building or other structures. The recovered finds do suggest that there may be a structure, probably a farm, possibly to the west of the 2019 excavations.