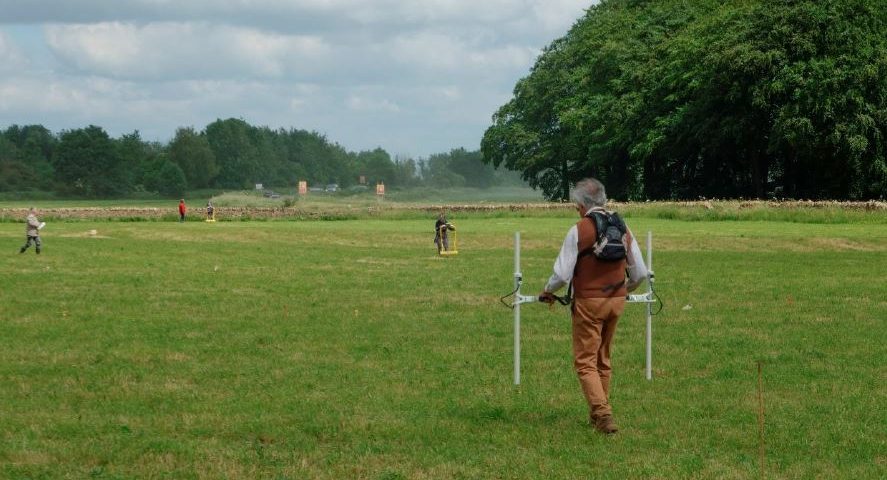 Playing Field on Lansdown in Bath and North-East Somerset contains the western half of an enclosure known as ‘Lansdown Camp’ and also as the ‘Ovate Enclosure’. The enclosure is bisected by the main road over the plateau. The eastern half in Paddock Field has already been surveyed.

Playing Field was surveyed by BACAS in June/July 2021, using magnetometry, magnetic susceptibility, twin-probe resistance, and resistivity profiles. The enclosure was a simple bank and ditch, with no apparent defensive properties, which had been split by the road. If the road was Roman, as seems most likely, then the enclosure was prehistoric.

Magnetic susceptibility revealed a large magnetic disturbance just to the west of the enclosure although this did not show clearly using other techniques. The survey could not determine what process had caused this disturbance.