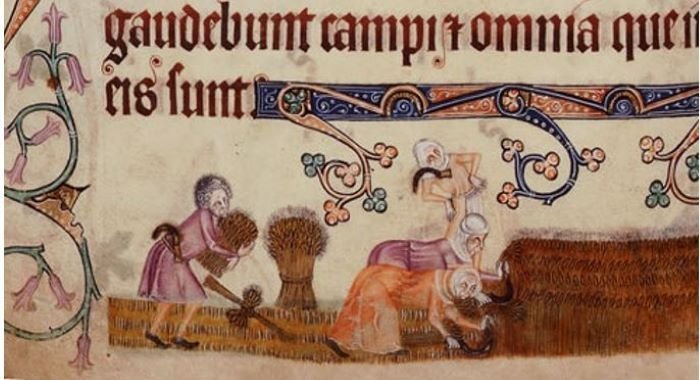 The talk is taking place at the Bath Royal Literary and Scientific Institution, 16 Queen Square, Bath, BA1 2HN on Thursday 10 March, 7.30pm, with an admission charge of £4 for members, and £5 for the general public. Pay on the door.Illustration: Medieval peasant women harvesting grain alongside a man, from the Luttrell Psalter, c. 1325-1340. Courtesy of the British Library, public domain