PrefaceBob Whitaker MBE
Camertonia 42 (2004)
Society has continued to grow and develop. Lectures and excursions excellent and well supported. Excavation continued successfully. The illustrators group is now a very professional unit and the geophysical team is now a leader in this field. 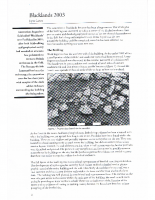 Blacklands 2003Jayne Lawes
Camertonia 42 (2004) pp. 3 – 10.
Excavation began in a field called Blacklands in 2001, after both fieldwalking and geophysical survey had revealed an extensive late pre-historic to Romano-British settlement. The RB farmstead has been the main target for excavation over the last three years, with samples of the ditch of the enclosure surrounding the building also being taken. 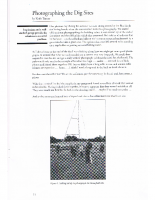 Photographing the Dig SitesKeith Turner
Camertonia 42 (2004) pp. 11 – 12.
Inspiration and a well-stocked garage provide the solutions to an aerial problem. 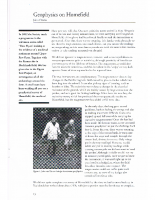 Geophysics on HomefieldJohn Oswin
Camertonia 42 (2004) pp. 13 – 15.
In 2002 the Society made a programme in the television series called ‘Time Flyers’ looking at the evidence of a medieval settlement around Upper Row Farm. Together with the Roman site in Blacklands field, this has given rise to the Upper Row Project, an investigation of all the archaeology around the farm. A small team have been working all year on a geophysical survey of Homefield, the medieval site. See also Cametonias 2003, 2005 and 2007. 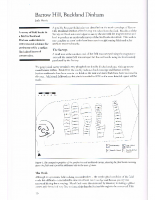 Barrow Hill, Buckland DinhamJude Harris
Camertonia 42 (2004) pp. 16 – 17.
A survey of field banks in a field in Buckland Dinham undertaken in 2003 revealed evidence for settlement, while a surface find raised issues of conservation. 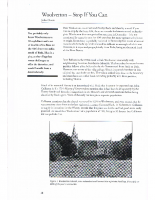 Woolverton – Stop If You CanJohn Oswin
Camertonia 42 (2004) pp. 18 – 20.
You probably only know Woolverton as a 30mph limit and a set of double white lines on the A36 about ten miles south of Bath. That is a pity, as the village has many challenges to offer the historian and would benefit from a detailed study. 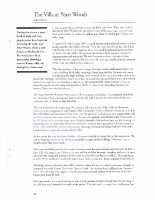 The Villa at Peart WoodsJohn Oswin
Camertonia 42 (2004) pp. 21 – 23.
During the winter, a stout band of Bath & Cam geophysicists have been out surveying the fields near Peart Woods, about a mile from our Blacklands site. The results have been spectacular, showing a massive Roman villa, cut through by a later road. 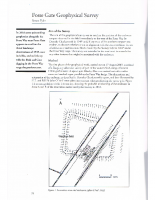 Fosse Gate Geophysical SurveySimon Tyler
Camertonia 42 (2004) pp. 24 – 27.
In 2003 some painstaking geophysics alongside the Fosse Way near Fosse Gate appears to confirm the direct landscape observations of 1949, now invisible, to link up with the Bath & Cam digging in the Fosse Way verge the previous year. 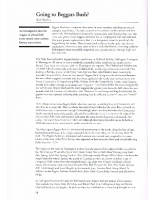 Going to Beggars Bush?Neil Howlett
Camertonia 42 (2004) pp. 28 – 31.
An investigation into the origins of a local field name reveals some curious literary associations. 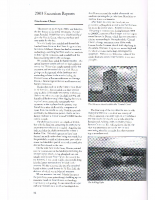 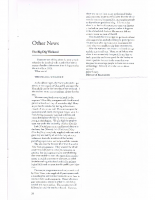 The Big Dig Weekend June 2003Jayne Lawes
Camertonia 42 (2004) p. 39.
Homefield site opened for the weekend at the end of June in response to Channel 4 Time Team idea. Designed to encourage people to know more about archaeology. Overwhelming response – 50 youngsters with families and picnics arrived to dig. 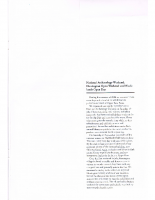 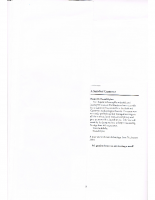 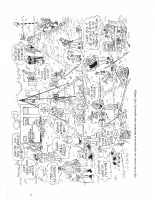 Cartoon. Life in the trench – as experienced at BlacklandsSally Phillips
Camertonia 42 (2004) p. 41.
The 2003 Blacklands dig as seen through the eyes of Sally Phillips

Book Reviews
Camertonia 42 (2004) p. 42.
Sophie Hawke on ‘Roman Coins found in Britain’ by Adrian Marsden. Ceri Lambdin on ‘Pottery in Britain – 4000BC to AD1900’ by Lloyd Laing. Note: The books along with ‘Celtic and Roman Artefacts’ by Nigel Mills and ‘Exploring Pre-historic and Roman England’ by Barry Marsden will be placed in the Society’s Library.