Preface to issue 43Bob Whitaker MBE
Camertonia 43 (2005)
Society has continued to develop and expand. The first Consultancy was a geophysical survey of part of the Approach Golf Course in Bath. The team also extended coverage of the area around Upper Row Farm, Hemington. The Society designed and mounted an Exhibition at Radstock Museum. Excavation at Blacklands continued despite appalling weather and work has continued at BRLSI on the Kingswood School collection and artefacts from other sources. Two projects, Lansdown and Combe Down Roman Villa, are drawing together all the information on these sites. Excursions and lectures have been well attended. 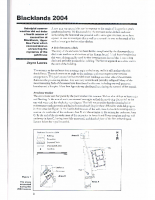 Blacklands 2004Jayne Lawes
Camertonia 43 (2005) pp. 3 – 10.
Uphelpful summer weather did not deter the fourth season of excavation at Blacklands, Upper Row Farm, which concentrated on unravelling the mysteries of the gatehouse. This article includes detailed drawing of pottery and other artefacts. 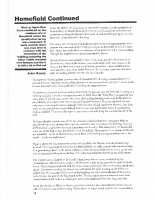 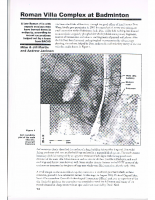 Roman Villa Complex at BadmintonMike & Jill Martin and Andrew Jackson
Camertonia 43 (2005) pp. 14 – 15.
A late Roman villa with superb mosaics may have burned down in antiquity, according to recent excavations helped out by a team from BACAS 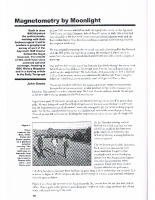 Magnetometry by MoonlightJohn Oswin
Camertonia 43 (2005) pp. 16 – 17.
BACAS with the Bath Archaeologial Trust surveyed part of the Approach Golf Course behind the Royal Crescent. The results have since achieved national coverage. 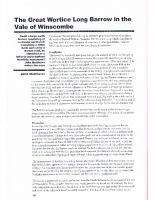 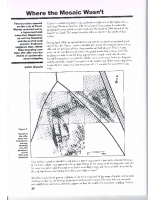 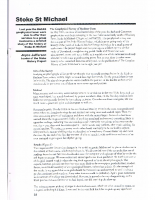 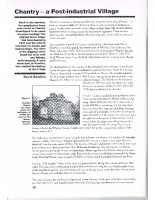 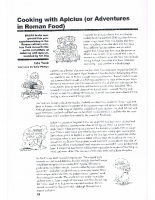 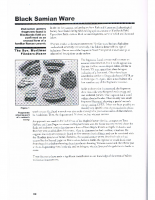 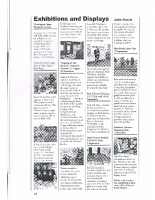 Bath History Festival at the Guildhall 9 September
Camertonia 43 (2005) p. 31.
A short report on this event where BACAS provided a display for this history venture. 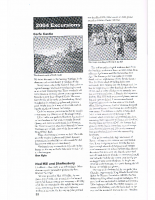 Excursions Reports 2004
Camertonia 43 (2005) pp. 32 – 36.
Corfe Castle and Wareham by Ben Kyle. Hod Hill and Shaftesbury by Dave Ladbrook. ‘Our guide kitted himself out in full Roman armoury..all 23kg of it..then marched briskly uphill.leaving some of us..trailing in his wake’. June, Saltford Brass Mill and Saltford Village by Anne Allen. The Royal Crescent by Julian Back. Caerphilly Castle and the National Museum of Wales by Ruth Abbott. Chipping Sodbury by Beryl Brooks. ‘Seemed like the hottest day of the year’. 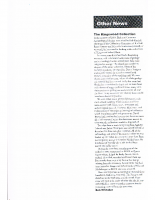 The Kingswood CollectionBob Whitaker
Camertonia 43 (2005) p. 36.
BACAS members involved in the rescue, identifying and recording of important archaeological material from Lansdown, Bathwick, Sion Hill, the Paragon and elsewhere, that had been held in a flooded basement at Kingsdown School. 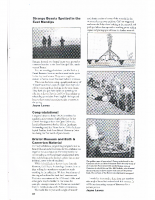 Bristol Museum and Bath and Camerton MaterialJayne Lawes
Camertonia 43 (2005) p. 37.
A visit to Bristol Museum revealed many uncatalogued items that belong to the BACAS archive. Mention here of Camerton, Nettleton and Priston material. Includes early photograph of members and one of Bill Wedlake.

Book Reviews
Camertonia 43 (2005) p. 38.
Ceri Lambdin on ‘Stonehenge: a history in photographs’ by Julian Richards. David Giles on ‘Principles of Roman Architecture’ by Mark Wilson Jones. Both books are In the Societies’ library.